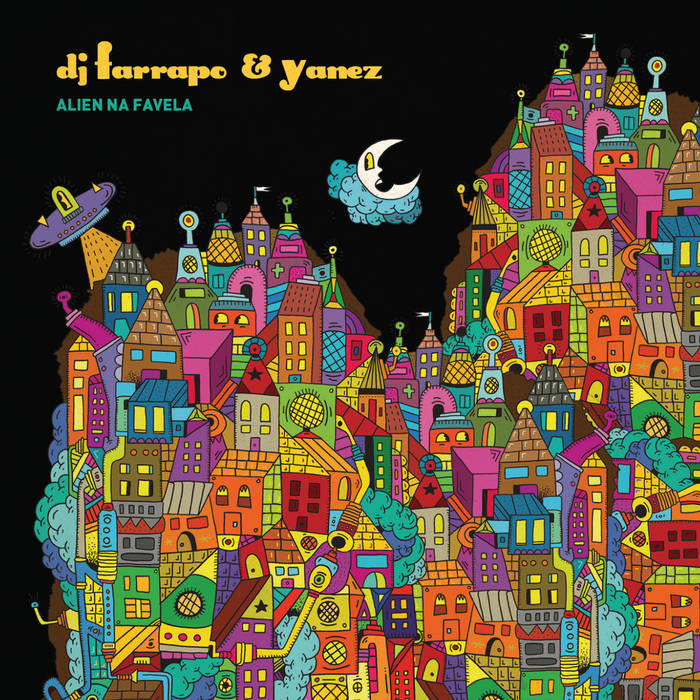 The singer/composer Yanez Servadei and Giorgio Cencetti (DJ Farrapo) met up in 1997. They immediately started a solid friendship and a musical collaboration which led them to create the “Dj Farrapo & Yanez” project in 2005. In April 2006 they recorded and produced the song "Baiano Vem Baina Vai", released as a single from AfroArt Records leaded by Paul Murphy in London. Two years later, in 2008, second single was released by the Italian label Tam Tam Studio. It contained two outstanding electro-brazilian cuts, one of them “Frango Assado”, specially composed by Yanez for the short film "Domingo, frango assado" directed by Federico Mutti, whose videoclip was on high rotation on the Sky Channel of National Geographic (NatGeoMusic). Their work goes on as they release, in 2011, another two singles, Mojito com Cachaça/Avisado Remix (Agogo Records) and Samborigeno/Oliveto with (Urban Records). Along the years they participated to many Radio and Tv shows and starred in several world-known compilations, like Hotel Costes 11, Brazilectro 10, Weekend Nu Jazz 2, Sambass4, Wicked Jazz Sound 2, Beginner's Guide to Brazilian Lounge, Filati Pregiati Vol.2, Cinedelic Sound among others. And now what? Well... after a long work, Dj Farrapo & Yanez are now ready with their debut LP , “Alien Na Favela”.

Yanez Servadei
This polihedric artist is composer, writer, guitarist and singer as well as illustrator and graphic designer. He was born in Bologna, but was raised on a sailboat in Salvador, Bahia, Brazil. He shows an earl interest in music and at the age of 12 he write the first of his over 100 songs. Between 1996 and 2000, Yanez played around Italy, performing his songs in addition to a repertoire of classical Latin. He also attended the CET, the Music Center directed by Mogol. In 2001 he starts moving around Italy and Spain; it's when he immersed himself in electronic music. Because of his versatility, he wrote songs for many artists, like Montefiori Cocktail, Mo’ Horizon, Patrizia Laquidara, and played in various formations along Spain, Brasil, Morocco and Italy. He also created illustrations, graphic design, web and video (including video clips of "Baiano Vem Baiano Vai" and “Madrugada” by Zone).

Girogio Cencetti aka DJ Farrapo
In the late eighties he began his musical career as a keyboard player in various bands of Bologna that brought him to carry out tours throughout Italy. In this period he recorded two albums, several singles and also two EPs for Irma Records. Meanwhile he graduated with honours from the University of Bologna with a dissertation on the History of the Hammond organ. Since the mid – nineties Farrapo began working as a DJ which took him spinning music in the most important clubs around Europe. Groove and Brazilian music are certainly elements characterizing his style, but his research also extends to the musical traditions in different geographical areas.