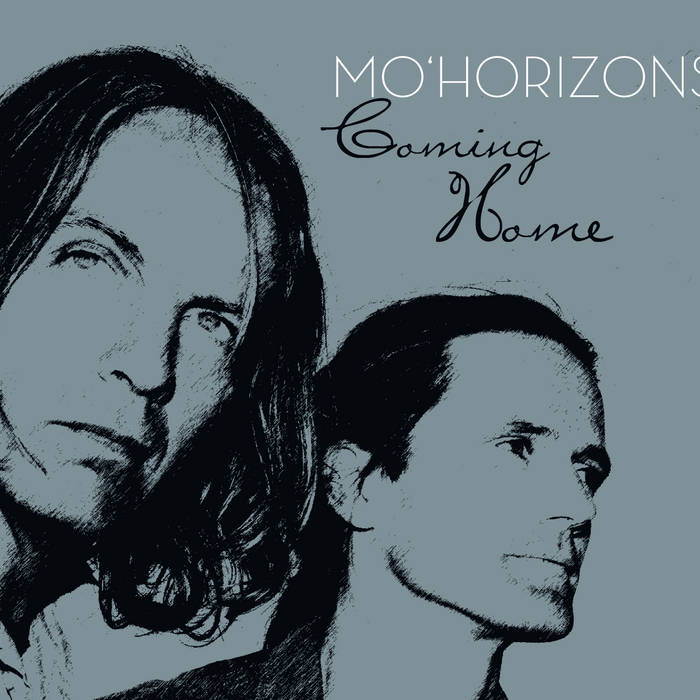 “When Stereo Deluxe asked us to compile the next edition of their ‘Coming Home’ series we were delighted for two reasons. First of all because we could reunite with the label which released our first ever records, secondly we really love the idea behind this compilation to create your personal mixtape and share it with your fans, “ Ralf Droesemeyer and Mark Wetzler aka Mo’ Horizons explain. “So for us selecting these tracks was not only about digging some hip and groovy music, but also to put our own history into a new perspective.”

How could you find a smoother way to open “Coming Home” than the mighty Southern soul voice of Mighty Clouds Of Joy singer Clay Hammond with his rare Ronin 7inch “You Threw Out Your Lifeline”? Betty Everett follows closely with her fancy popcorn dancer, the P.F. Sloan written “Someday Soon” which blends smoothly into the sublime timeless rhythms of Mishal Moore’s “Oh Lord”, a seriously overlooked release on the Italian D:Vision label produced by Kenny Dope. Mo’ Horizons very own “Yes Baby Yes” in its original 1999 version sounds as fresh today as it did when it was released more then 10 years ago. “’Yes Baby Yes’ was a milestone for us,” both of them remember, “It was the opener of our first album and put us on the international music map.” The Latin influence was already there, as were the crystal-clear trademarks beats and a profound sense for authentic sounds. So it comes as no surprise to have Omara Portuondo next. The Buena Vista Social Club singer released “Donde Estabas Tu” at the age of 70, still full of Cuban fire.

Back to the present with the Sugarloaf Gangsters. Mastermind Mark Robertson has been around with Spiritual South on labels like Afro Art and Raw Fusion, his G.A.M.M. release “Avant Le Jazz” melts electric bossa into dancefloor madness. Speedometer then add some spice to the menu, “Lover And A Friend” from their 2010 album “The Shakedown” on Freestyle Records is a fresh piece of gritty funk. Some 40 years before Speedometer Donny Hathaway released his seminal “Everything Is Everything” album. It is not “The Ghetto” which Wetzler chose to be included here, but the equally moving “Sugar Lee”: “Here we have it: Jazz, funk, gospel and soul in perfect harmony,” he explains his choice. “Hathaway’s ability of translating spirituality into a serious groove is blinding.” Keeping with the theme of spirituality Gregory Porter and Paul Weller are natural choices. Grammy nominee Porter’s “1960 What” is destined to be a modern jazz classic, while Weller’s Brit Award decorated “Wild Wood” already is a modern standard embracing all decades from the Sixties to the Nineties and creating a modern fusion of folk and rock on the way.

With Weller relocating “Coming Home” on British soil Droesemeyer selects Treaure Isle recording artist Phyllis Dillon’s Duke Reid produced reggae version of “Perfidia”, later released on Trojan Records. Jehro from Marseille keeps up with the Caribbean vibe while adding a healthy shot of French folk and sending his “Why Me” on the hippie trail. “Why Me” has your heart dancing, your feet will inevitably follow during Mo’ Horizons “Cowboy Bossa” in a Fab Samperi styled trademark remix. The unquestionable down-to-earthness and songwriter genius of Mose Allison seems to be custom-made for this edition of “Coming Home”. “I’m Not Talking” is taken from his 1964 album “A Word From Mose”. Some call it Post Bop, but whatever you call it, first of all it is simply beautiful music. Bopping right into the 21st century is The Hidden Jazz Quartett straight out of North Germany with their superb London style Acid Jazz revival tune “His Footlocker”, released on Mo’ Horizons own “Agogo Records” label which they run together with their soulmate Ralf Zitzmann.

When the Argentinian king of the swing guitar Oscar Aleman arrives with his 1943 recording of “Besame Mucho” we know that Mo’ Horizons are true global travellers, as are Agogo Records labelmates Una Mas Trio with their “Latin Brother”. Southern England beatsmith TM Juke teams up with the Jack Baker Trio for “That Gut Feeling” and here we have it again: The groove and the global vibe. It is Sir Mack Rice who walks away with honour of closing this “Coming Home” session. His 1964 Lu Pine single “Baby I’m Coming Home” set as many Northern Soul floors alight over the years as it perfectly rounds up “Coming Home”: “It’s all in there: Soul, rhythm, melody, passion and a feeling of actually arriving where you really belong,” Droesemeyer closes. “That is what you expect when you are coming home.”